The Selkirk Rex’s distinctive curly coat makes it stand out among all other cat breeds. The Selkirk Rex is one of only four curly-coated cat breeds (the others are the Cornish Rex, Devon Rex and LaPerm). The tousled appearance of the Selkirk Rex’s glorious coat, coupled with the breed’s laidback attitude, brings new meaning to the phrase “curly hair, don’t care.”

The Selkirk Rex may have short hair or long hair. Both coat lengths display curls, but curling is more dramatic in longhaired Selkirk Rexes. Even the Selkirk’s whiskers are curly. The coat is soft and plush, with a luxurious feel. In a litter of Selkirk Rex kittens, some will have curly hair and some will have straight hair. Straight haired Selkirk Rex kittens make wonderful pets, although you won’t see them competing in the show ring. This breed is solidly built, with substantial muscle and boning.

The Selkirk Rex is sweet, affectionate and very mellow. Selkirks are exceptionally tolerant and friendly cats and get along great with everyone, including other pets and gentle children.

May be short or long; plush and loosely curled

Characteristics of the Selkirk Cat

History of the Selkirk Rex

In the world of cats, many new breeds are the result of a random genetic mutation and a person who sees a special rarity in a litter of kittens and acts to preserve it. Such is the case in the development of the Selkirk Rex. In the late 1980s, a Persian breeder named Jeri Newman living Montana discovered an unusual mixed-breed kitten born to a feral cat. This kitten, which had a wavy coat and curly whiskers, was the only one in the litter to display such a coat. Newman pounced on this genetic anomaly and adopted the kitten, naming her DePesto. She later bred DePesto to a black Persian male (PhotoFinish of Deekay). Three of the resulting six kittens had wavy coats, and Newman used them to go on to create a new breed, the Selkirk Rex.

The Selkirk Cat’s coat requires unique care. Get used to crazy hair days because that is the look you are going for! The good news is the Selkirk Rex’s curly coat doesn’t shed much. That’s because any loose hairs tend to stay trapped in the coat rather than drop off onto your clothes and furniture. However, because shed hair stays in the coat, a Selkirk Rex may become matted if the coat is not groomed regularly.

Over-brushing the coat is discouraged as it tends to loosen up the curls. Instead, combing with a wide-toothed comb will help prevent mats while maintaining the coat’s curls. In addition to combing, regular baths can also help avoid matting. The Selkirk Rex’s coat looks best when washed with light shampoos that don’t weigh the coat down. Ask your breeder or a professional groomer for a shampoo recommendation. Avoid using conditioners or conditioning sprays, which may loosen the curls. After a bath, towel dry to remove most of the water, then allow the coat to air dry. Hair dryers can result in frizz or a flat coat rather than crisp curls. Trim the nails short and inspect the ears weekly. If the ears look dirty, wipe them out with a cotton ball or square of gauze and a pet-safe ear cleaner.

Polycystic kidney disease is condition in which cysts on the kidneys that are present at birth cause problems with kidney function and eventually, kidney failure. PKD is common in Persian cats and Exotic cats, and HCM is common in Persian cats and British Shorthairs. Hip dysplasia is common in Persians. All of these breeds are part of the Selkirk Rex’s background. A genetic test is available for PKD, and screenings may be performed to determine if a cat is likely to be free from HCM and hip dysplasia. Reputable Selkirk Rex breeders screen their adult cats before breeding them to avoid passing on these conditions and to preserve the health of the breed as a whole.

Due to the Selkirk Rex’s larger frame, it’s especially important not to overfeed. Staying lean helps to prevent certain health issues like diabetes and arthritis, as well as heart disease and hip dysplasia, which are known to affect the breed. Ask your veterinarian or breeder about the best food and amounts to feed your Selkirk Rex, and feed your Selkirk Rex measured meals two to three times a day using a measuring cup or scale to ensure proper portions. Free feeding (leaving food out all day) can lead to overeating, which can contribute to weight gain.

The Difference between Cat Fur and Cat Hair 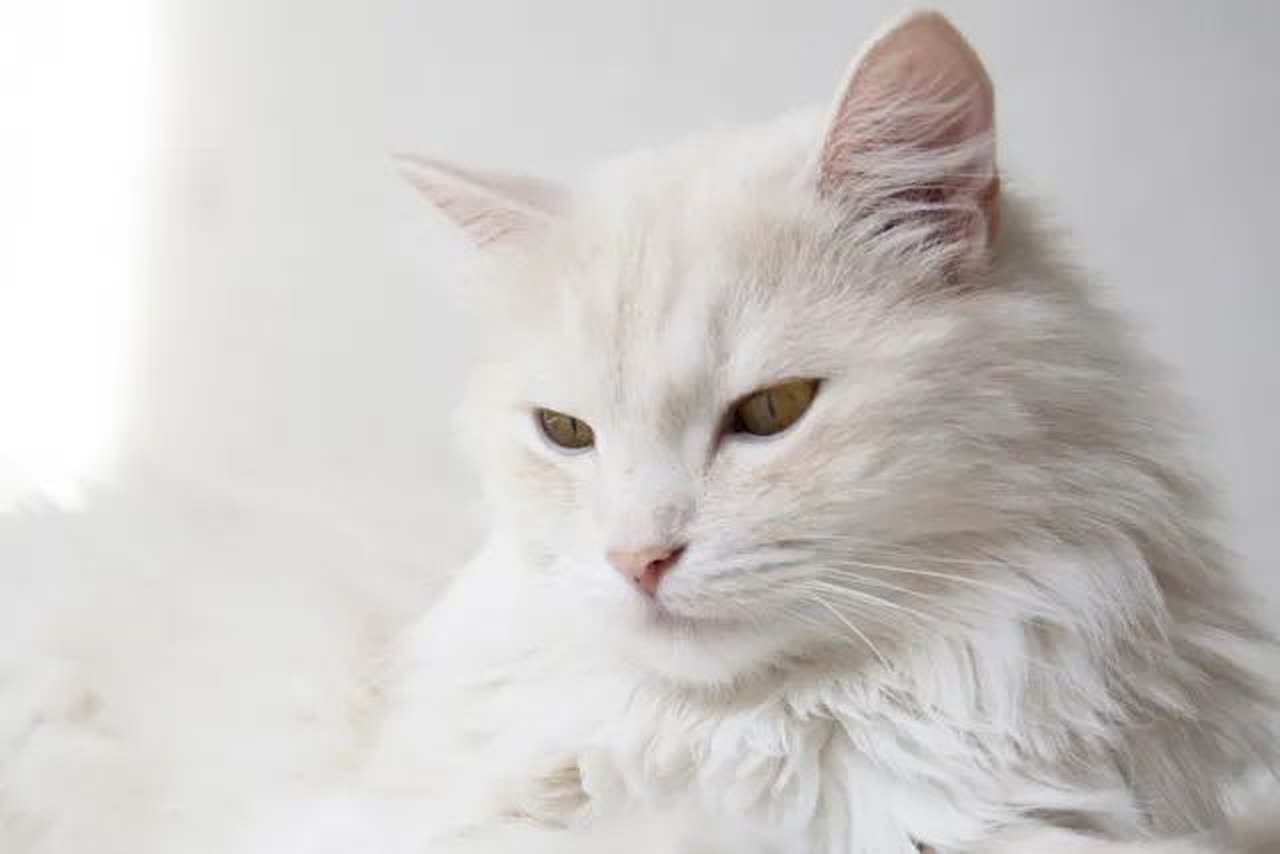 Where to Adopt or Buy a Selkirk Rex Cat

If you’re longing to bring home a Selkirk Rex kitten, consider attending a cat show, where you can meet local cat breeders. Cat shows are lots of fun and a wonderful way to learn about all the different cat breeds. To find a cat show in your area, do an internet search for “cat show near me” or visit CatShows.Us. Although rare, some Selkirk Rex or Selkirk Rex mix cats, usually adults, might occasionally end up in rescue. Check with local cat-specific rescue groups or even local shelters.

Otherwise, check out all of our other cat breed articles to help you find the perfect cat for you and your family.