Friendly and adventurous, the Miniature American is perfectly portable, happy to join you in anything and everything you do, from the kids’ soccer games to camping to beach outings and more. Miniature American Shepherds generally gets along great with kids, especially those who are taught to treat them with respect. Mini Americans are also usually amiable with other family pets, including other dogs, cats and horses, although if not brought up together, some Mini Americans might think it’s fun to chase the family cat. They are excellent watchdogs, although some might take it to the extreme and become problem barkers.

Black, blue merle, red (liver) and red merle, with or without tan and/or white markings

Characteristics of the Miniature Australian Shepherd

History of the Miniature American Shepherd

The creation of the Miniature American Shepherd is closely tied to that of its larger cousin, the Australian Shepherd. Both breeds emerged in California in the 1960s. The predecessor of both breeds was a type of herding dog from Australia, which had a number of other breeds in its background, including the Pyrenean Shepherd, Border Collies, Collies and others. These outstanding herding dogs were brought to California by Australian immigrants. The dogs quickly became sought after by California ranchers and cowboys, who helped to solidified these dogs as a breed, christened “Australian Shepherds,” or “Aussies,” in honor of the country from which the dogs first came. Australian Shepherds vary in size, but in general Aussies are a medium- to large-sized herding breed.

As befitting a working ranch dog, the Miniature American Shepherd’s medium-length, double coat is wash and wear. The coat needs no trimming or shaving. The weather-resistant coat repels dirt—dried mud can simply be brushed out. The coat does shed, so brush three or more times a week to remove loose and shedding hair before it ends up on your clothes and furniture. Bathe when dirty and trim the nails weekly to keep them short. Look into the ears occasionally, cleaning them out with a pet-safe ear cleaner if necessary.

Mini Americans are both smart and willing to please, so training can be a breeze as long as you take the time to teach them. Use positive-reinforcement and make it a game and your Mini American will quickly learn the basics. Don’t stop there, though. This breed can learn lots of skills, including a repertoire of tricks that will impress family, friends and strangers alike.

What sports do dogs play 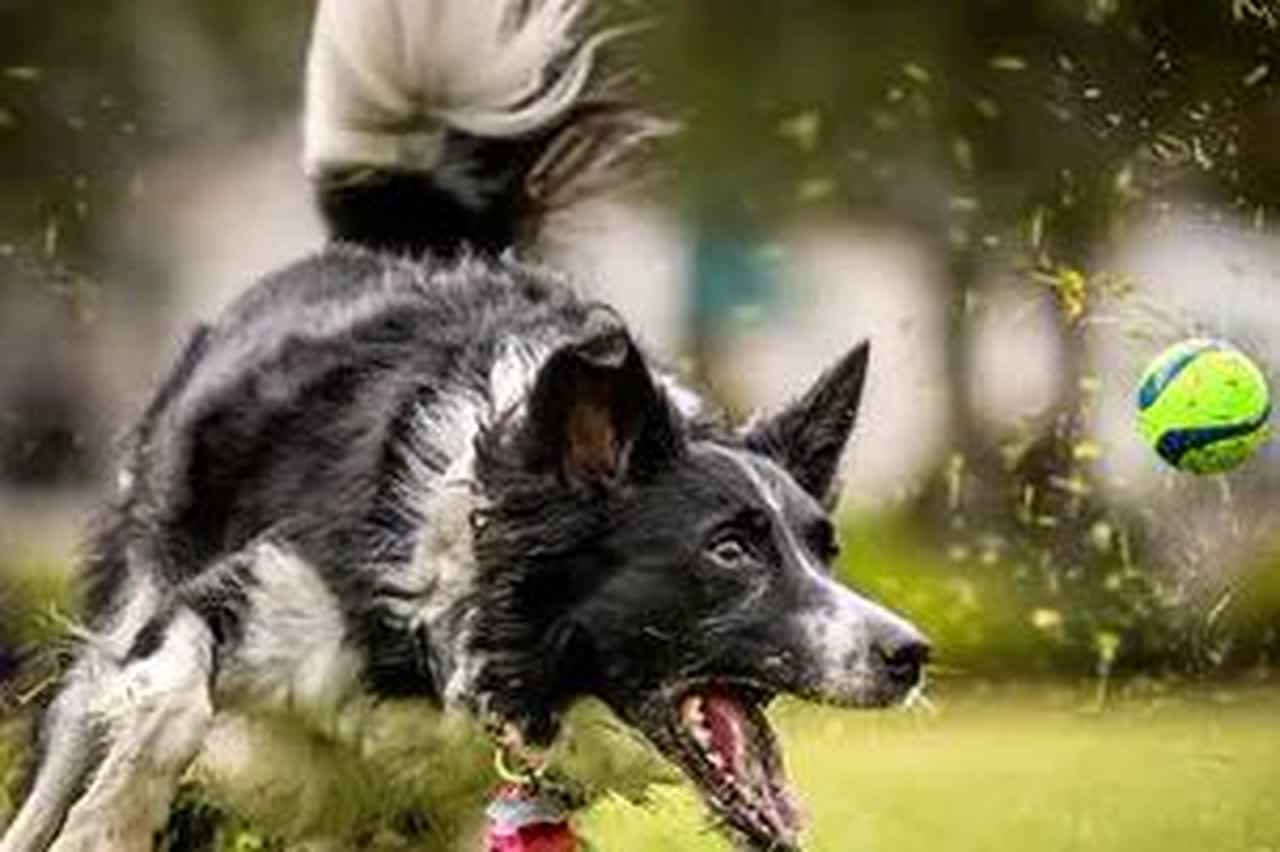