A true gentle giant, the Irish wolfhound has imposing stature but a calm demeanor that makes it a wonderful companion. This sighthound is the tallest of the AKC-recognized dog breeds and tops out at nearly 36 inches at the shoulder and more than 100 pounds.

Also referred to as the ‘Wolfdogs of Ireland’ or ‘the Great Hounds of Ireland,’ this breed has a long and storied history as a hunter but today is best known for being a lovable family dog.

Double coat with a wiry appearance

Characteristics of the Irish Wolfhound

History of the Irish Wolfhound

The history of the Irish wolfhound stretches back centuries, to the time of the earliest trade between the British empire and the Middle East. The earliest account of the breed is believed to be from Roman Consul Quintus Aurelius who in 391 described seven Irish hounds he received as a gift as being objects of intense interest and wonder by the Roman citizens.

The Irish wolfhound is considered a native dog breed of Ireland. With little competition in terms of stature, these tall and lanky stand head and shoulders above most other dog breeds. And while their gentle demeanor made them loyal companions, their fierce hunting nature earned their keep.

It’s believed that the breed was originally utilized as a hunting dog. Ireland’s native wolf population was kept in check—and eventually hunted to extinction—by these hounds of tremendous size. Additionally, Irish nobility and land owners used the wolfhound to hunt Irish elk (also now extinct) along with other game, like boar.

While these dogs clearly have Gaelic roots and played a key role in the early history of the Emerald Isle, it’s unclear as to exactly what contributed to the gene pool that became the Irish wolfhound breed. Some sources believe that the largest of Britain’s hounds were bred to sighthounds from the Middle East—and the Irish wolfhounds graceful limbs and carriage certainly seem to point to the greyhound as an early influencer in the breed.

Whatever the case, the wolfdog was highly coveted in early Irish life. In fact, the number of wolfhounds a person could own was determined by social status and position. Estate owners and nobility viewed the hounds as prize possessions, and the dogs served to hunt and protect the land.

It would seem that nothing could challenge the wolfhound’s commanding position as a hunter, guardian, and companion. However, the breed began to decline and was on the brink of scarcity by the mid-1800’s. Ireland’s native wolves and the oversize Irish elk became extinct, reducing the need for such a large-scale hunting companion.

One man is often credited with helping to preserve the Irish wolfhound as we know it today. George Augustus Graham, a captain in the British army, began a concentrated effort to locate and develop a breeding program that would ensure the survival of the wolfhound and standardize the breed as we know it today. Graham used historical records of the breed, contained within artwork, reliefs, and more to guide his efforts in standardizing the wolfdog. To help ensure the survival of the breed, Graham utilized outcrosses with closely related Scottish deerhounds.

Graham’s efforts proved successful, and the breed enjoyed a resurgence. In 1879, the wolfhound had its first debut at a dog show in Dublin. A few years later in 1885, an Irish wolfhound breed club was established. With a dedicated club and a standardization of the breed in place, Ireland’s native wolfhound had a more secure future ahead.

By the 1900’s, the wolfhound began to attract the fancy of American kennels and dog owners. The breed gained official AKC recognition in 1897.

The Irish wolfhound may be a gentle giant, but he still requires a sizable investment of time and energy. One look at the greyhound-like silhouette of this breed, and you’ll see that they need regular exercise and room to stretch their legs.

Plan to spend at least an hour each day exercising your wolfhound. Many make excellent jogging or running partners (once their skeletal system is fully developed), but they also enjoy a lengthy walk around the block. Ideally, a fenced yard should also be accessible to your IW so that he can really stretch his legs in a short burst of speed. Always keep in mind that this dog breed is a sighthound, so the prey drive can kick in at any time—it’s best to only let your wolfhound run free in an enclosed space.

When properly exercised, the Irish wolfhound is quite docile in the house. While the breed is prone to typical puppy antics for the first year or two of life, these dogs settle into a rather dignified and demure household companion. In fact, some owners of Irish wolfhounds find that they have to really coax dog into regular exercise each day—they can be quite the couch potato!

Highly trainable and attentive to their owners, training is generally a delight with wolfhounds. However, don’t become lax in your lessons or else you’ll have a very large and dominant dog on your hands. Make sure you instill clear obedience lessons in your hound from puppyhood and socialize him well for a balanced and amicable animal.

Despite the breed’s tremendous size, Irish wolfhounds make excellent family dogs. They’re patient and docile with children. However, their substantial size makes it a wise idea to watch them around young children.

While rather intimidating to look at, these wolfhounds make lousy guard dogs. The breed is sociable and friendly to people, even strangers—though their tremendous size would likely be a deterrent to intruders! On the other hand, the IW carries a quiet strength and deep tenacity and their loyalty to their family will move them to step in and take action if a threat is detected.

Grooming your wolfhound is relatively simple. A through brushing once or twice per week will keep the wiry coat in top condition, remove loose hair, and stimulate the skin. Unlike some other dog breeds, the IW doesn’t regularly shed its undercoat—reducing seasonal shedding concerns. The length and texture of the wolfhound’s coat can vary considerably. Some dogs have a shorter, sparse coat that is particularly wiry. Others have longer, nearly silky fur or a thicker, woolier texture coat.

You can bathe your wolfhound on occasion, and experienced IW owners will tell you that doing so tends to make the coat softer—though the texture change is only temporary. So suds up your four-legged friend, then snuggle up to his soft coat while it lasts.

Along with a regular brushing and occasional bath, your wolfhound will benefit from regular teeth brushing and ear cleaning. It’s generally not necessary to employ the services of a professional groomer for this dog breed.

Like many other large breed dogs, the Irish wolfhound has a relatively short span of just 6 to 7 years. While considered to be generally hearty and healthy, the breed is known for commonly confronting the following health problems.

You can expect the Irish wolfhound to eat like a wolf. These large breed canines have an appetite to match. However, it’s very important that you take steps to minimize the chances of gastric dilation—otherwise known as bloat. This serious condition can be life-threatening. It may be best to feed your dog using an elevated stand for the food bowls, and feed smaller, more frequent meals. 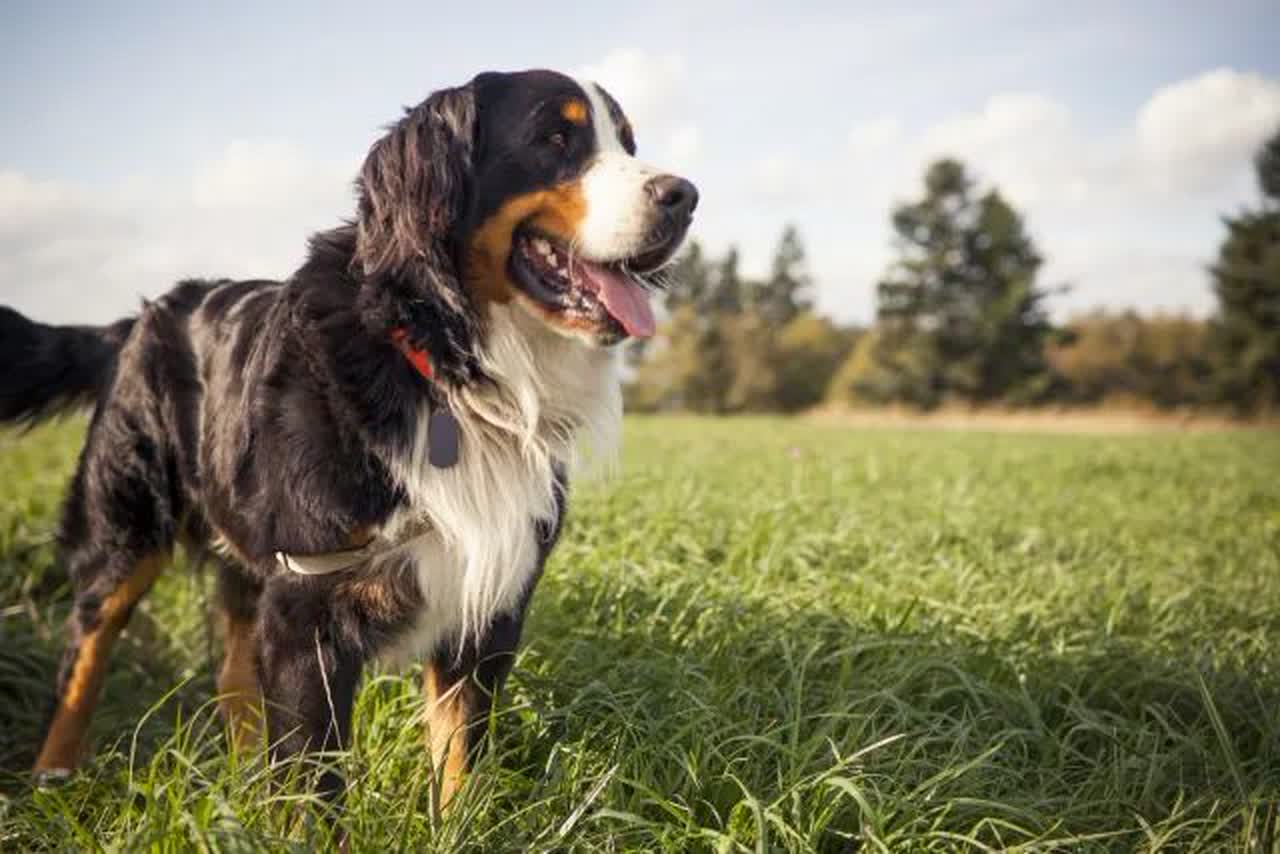 Where to Adopt or Buy an Irish Wolfhound

Start your search for an Irish wolfhound by considering whether you have your heart set on a puppy or if you can make room in your home for a rescue. There are rescue groups dedicated to re-homing Irish wolfhounds and these dogs often make wonderful pets in the right home.

If you’re searching for a pint-sized pup that will grow fast, Irish wolfhound breeders exist throughout the United States. Be sure that you find a reputable breeder that can provide health clearances and prioritizes temperament and health in their breeding program. However, you may need to spend time on a waiting list in order to make one of these puppies your own.

Look to see if one of these organizations can assist you in your IW search!

You might also enjoy learning more about these sighthounds: