With its trademark gloomy face, wide shoulders, and endearing rolling gait, the Bulldog might be one of the most recognized breeds in the world. Although you’ll often see this breed referred to as the “English Bulldog,” a reference to its country of origin, the official name is simply Bulldog.

Bulldogs are extremely popular in both England and North America. Despite that furrowed brow and grumpy-looking scowl, Bulldogs are amiable and sweet-natured companions. Great family dogs, they get along with adults and kids alike. Bulldogs usually coexist peacefully with other pets, although some dogs of the same sex might not get along. Thanks to their extreme facial construction, Bulldogs snort, snuffle, grunt, snore, slobber, and drool. They can also pass a lot of gas—a byproduct of swallowing air while breathing. To Bulldog lovers, this is all part of the breed’s charm.

Bulldogs live happily in large homes or apartments. Their main concern is that they are inside with the family. They are dignified but funny, courageous but easy going, and tenacious but sweet—the Bulldog is simply like no other breed.

Red, white, fawn, or fallow (pale brown), or any combination of these colors, with or without such patterns and markings as brindle, piebald, ticking, black masks, or black tipping

Characteristics of the Bulldog

History of the Bulldog

In 13th-century England, the Bulldog was used as a fighting dog in a gruesome sport known as bull baiting. During this period, Bulldogs looked and acted very different than they do today. In particular, they were much fiercer—not suitable pets in the least. After blood sports like bull baiting were outlawed in England, Bulldogs were out of a job, but some Bulldog lovers sought to save the breed. With some judicious breeding, the Bulldog was toned down into the slow, ambling, sweet, and loving pet we know and love today.

Bulldogs are sometimes labeled as lazy, and it’s true that Bulldogs are one of the more sedate breeds, but some enjoy more vigorous activities than lying on the couch. Bulldogs like daily walks and some crave more vigorous exercise like off-leash fetch or romping at the dog park. Some superstar Bulldogs even excel at competitive dog sports like obedience and agility.

Bulldogs can be difficult to train as the breed can certainly be stubborn, but you only have to look to one of the famous skateboarding or surfing Bulldogs to see that they are definitely capable of learning. You just need to find the right motivation. Positive-reinforcement methods like clicker training work best. Use tasty treats and keep sessions short to maintain the Bulldog’s attention span.

The Bulldog’s short coat is easy to care for. Brief brushing sessions two or three times a week will get rid of any loose hairs and leave the coat looking and feeling great. The deep wrinkles require special care; clean them using a cotton swab or cotton ball dipped in hydrogen peroxide and follow up with an application of cornstarch to keep them dry. Clean the ears once a week with a pet-safe ear cleanser and trim the nails weekly, as well. Bathe your Bulldog monthly or when it gets dirty.

It’s no secret—the Bulldog is not the healthiest breed. Some common health issues seen in Bulldogs include:

The Bulldog is also extremely susceptible to heatstroke. Take extra precautions with your Bulldog to avoid overheating on warm days: Don’t exercise a Bulldog outdoors in the heat and stay indoors with air conditioning if possible. Use fans, shade, and cooling pads, and provide access to cool drinking water.

Due to the multitude of health problems that occur commonly in the breed, vet bills can be quite high throughout the lifetime of a Bulldog, a serious consideration when deciding to become a Bulldog owner.

Bulldogs love to eat. Their love of food can cause some to eat more than they should and put on too much weight, which adds stress to their joints. Work with your veterinarian to determine how much your Bulldog should be eating daily, and feed measured meals at scheduled times. Leaving food out all the time (free feeding) or eyeballing the amounts instead of using a measuring cup can pack on the pounds.

Many Bulldogs also exhibit extreme possessiveness of their food. Called resource guarding, this is a serious issue that can become dangerous if not controlled. Talk to your veterinarian or professional dog trainer about ways to prevent or reduce resource guarding in your Bulldog. Additionally, always feed your Bulldog alone. Don’t allow other pets or people—especially children—to approach your Bulldog while eating.

Cute Bulldogs to Bring a Smile on Your Face 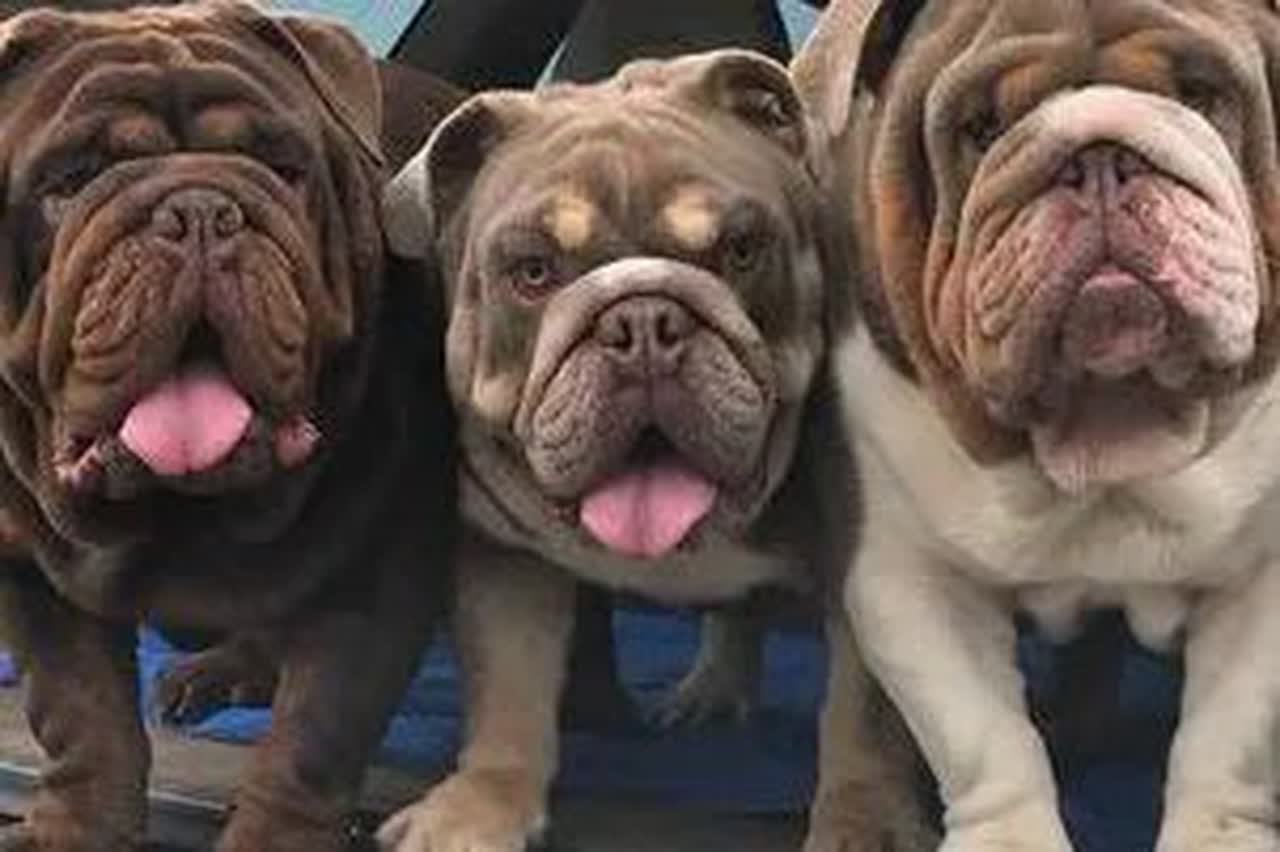 Where to Adopt or Buy a Bulldog

Bulldogs are unique in that they nearly always give birth via Cesarean section due to the construction of their bodies. This means Bulldog puppies can be pricey. Many adult Bulldogs are available for adoption through various rescue and adoption groups. If you have your heart set on a puppy, the best way to locate a Bulldog breeder is to contact the Bulldog Club of America, which is the national club for the breed. The club maintains a breeder referral list and also a rescue referral program.

Before you decide on a Bulldog, be sure to do plenty of research. Talk to other Bulldog owners, reputable breeders, and rescue groups to learn more.

If you’re interested in similar breeds, look into these to compare the pros and cons.