Spunky and solid might be two of the most apt descriptions for the small but mighty Jack Russell Terrier. These dogs stand only about a foot tall but pack plenty of personality and adventure.

The JRT, as it’s sometimes referred to, is both an agile hunting dog and a fun-loving family companion. But don’t be fooled by the small size, these dogs have surprising stamina and willpower, so they can be a challenge for novice dog owners.

Short coat that can be smooth or rough

Characteristics of the Jack Russell Terrier

History of the Jack Russell Terrier

The Jack Russell Terrier originated in England in the mid-to-late 1800’s in response to a need for a small but feisty fox hunting dog. While foxhounds had gained much popularity among England’s gentry for horse-and-hound hunting, a pastor named John Russell saw the need for a small terrier that could pursue the fox into the ground. As a result, he began a selective breeding program squarely aimed at developing a tenacious but tiny hunter.

There is little historical documentation of Russell’s breeding programs; it seems that he was an avid huntsman who was looking to create a fox hunting companion without the foresight to see that he was going to become the originator of an entirely new breed. The most likely conclusion is that JRT’s owe their existence to selective breeding of white terriers (now extinct) and English foxhounds. The resulting dogs were initially referred to as simply 'fox terriers,' the term used for any fox hunting dogs of the day.

The Jack Russell Terrier gained in popularity quickly, easily adopting the name from the breed's founding father himself. The small but agile dogs were bred with speed—they could keep up with horses on the chase. They also were built with trademark terrier tenacity. These dogs were successful in hunting foxes, raccoons, woodchuck, and other small game. They especially found a niche when used in conjunction with larger foxhounds. While the larger hunting dogs could pursue a fox until it retreated into its den, the smaller JRT could flush the fox from its hiding place and the chase could continue.

A pocket hunting dog, it also wasn’t uncommon to see hunters sling a JRT into a saddlebag for covering long distances. With so much to offer in a small package, it’s no surprise that Jack Russell’s terriers soon became a breed of their own. In time, the JRT was brought to the United States. While the exact history is unclear, it appears that the breed was known stateside by the 1930’s.

A devoted and loyal community of JRT owners sprang up, and the Jack Russell Terrier Club of America was formed in 1976. The organization was established to promote and protect the breed and continues to maintain the breed’s official registry. The JRTCA focuses on preserving the breed’s working heritage and is strongly positioned against AKC or any other kennel club registration.

However, not all enthusiasts of the breed have shared the JRTCA’s approach. A segment of JRT owners were in favor of AKC recognition. In 1997, the AKC recognized a new breed known as the Parson Russel Terrier. Jack Russell Terriers that met a specific set of criteria for the new breed standard became eligible for registration with the AKC. Another derivative of the JRT, the smaller Russell Terrier, also gained AKC recognition in 2012.

Jack Russell Terrier purists stand by the JRCTA and their breed standard and registry. The club hosts competitions throughout the year to provide breed enthusiasts an opportunity to highlight their terrier’s strengths and earn recognition from the breed community. Trials include conformation, go-to-ground, trailing and locating, racing, and agility and obedience.

If you’re thinking about adding a Jack Russell Terrier to your family, be prepared to expend the energy necessary to keep this pup happy and well-balanced. Jack Russell Terrier puppies are almost too cute for words, but these dogs grow into an active and athletic dog that requires a major commitment in terms of exercise, mental stimulation and training.

The Jack Russell Terrier is extremely smart. They learn tricks easily but can also be quite naughty. It’s imperative that you instill proper pack order in the mind of your dog from an early age and set clear boundaries within the house. However, a heavy hand and overbearing manner won’t bring out the best in this friendly dog. Instead, use short, frequent training sessions to engage the active mind of your JRT and positive reinforcement to train your dog to work alongside you—not against you.

No discussion of the care of a Jack Russell Terrier would be complete without a strong advice regarding exercise. These dogs may be small, but they have major exercise needs. Don’t confuse the JRT with your average lap dog. While they do make great family dogs that love human companionship, they were bred to hunt. A dog that is only 10 to 15 inches tall but was bred to run with horses will give you an idea of what type of activity outlet these canines crave.

Plan to give your JRT several substantial walks a day. In addition, it’s almost imperative that you have a yard to let your little terrier run and stretch his legs. Speaking of stretching his legs, the JRT has an impressive vertical—this breed can jump up to 5 feet high. So be sure that any enclosure is of sufficient height to prevent escape. Also keep in mind that these dogs have a reputation for being notorious diggers, so make sure that you don't allow digging escapades to turn into a terrier great escape.

The Jack Russell Terrier excels at agility work and go-to-ground trials. The latter are timed trials that test the speed and agility of this working breed as it completes a tunnel course. Obedience work can also be a great challenge for the mind and heart of the JRT.

Runners looking for a jogging companion will be surprised to find that the pocket-sized Jack Russell Terrier makes a capable partner.

While Jack Russell Terriers often make great family pets, it’s important that they are taught proper obedience and that children are taught proper boundaries. These dogs are playful and fun-loving, though, making them a great companion for active families. However, their strong prey drive can be problematic in households with other small pets, including cats. They also can be dog-aggressive. It’s important to socialize your JRT early and often for a well-balanced pet.

Grooming is fairly simple with a Jack Russell Terrier. The short coat is easily combed to remove loose hair and an occasional bath will keep dirt and dander under control. The coat of a Jack Russel Terrier can be smooth or rough, which is wiry in appearance. A third coat is referred to as ‘broken’ and is a combination of smooth and rough patches of fur. Like all dogs, give regular attention to nail trimming and ear cleaning to keep this dog happy and healthy.

The Jack Russell Terrier is a hearty, healthy breed. He isn’t plagued by abundant health problems and often lives a long life—up to 18 years or more. However, there are a few health conditions to remain aware of. The majority of health conditions that the JRT is known for developing center around eye problems or joint, mobility, and ataxia issues.

It’s recommended that you look for a breeder who can provide CERF clearances for a dog’s eyes and OFA clearance for the dog’s knees. Of course, it’s always best to understand a dog’s genetic background and inquire about the health of the puppy’s parents. If possible, meet one or both parents of the litter.

Jacks are active dogs that need a quality diet to fuel their latest and greatest adventures. Like all dogs, they’ll benefit from a well-balanced and properly proportioned meal regiment. They can be persistent beggars, and don’t forget about their incredible ability to jump and swipe a snack from counters, tables, and more. It’s important that you keep a close eye on your JRT’s weight, since an overweight dog is at risk for numerous health problems. 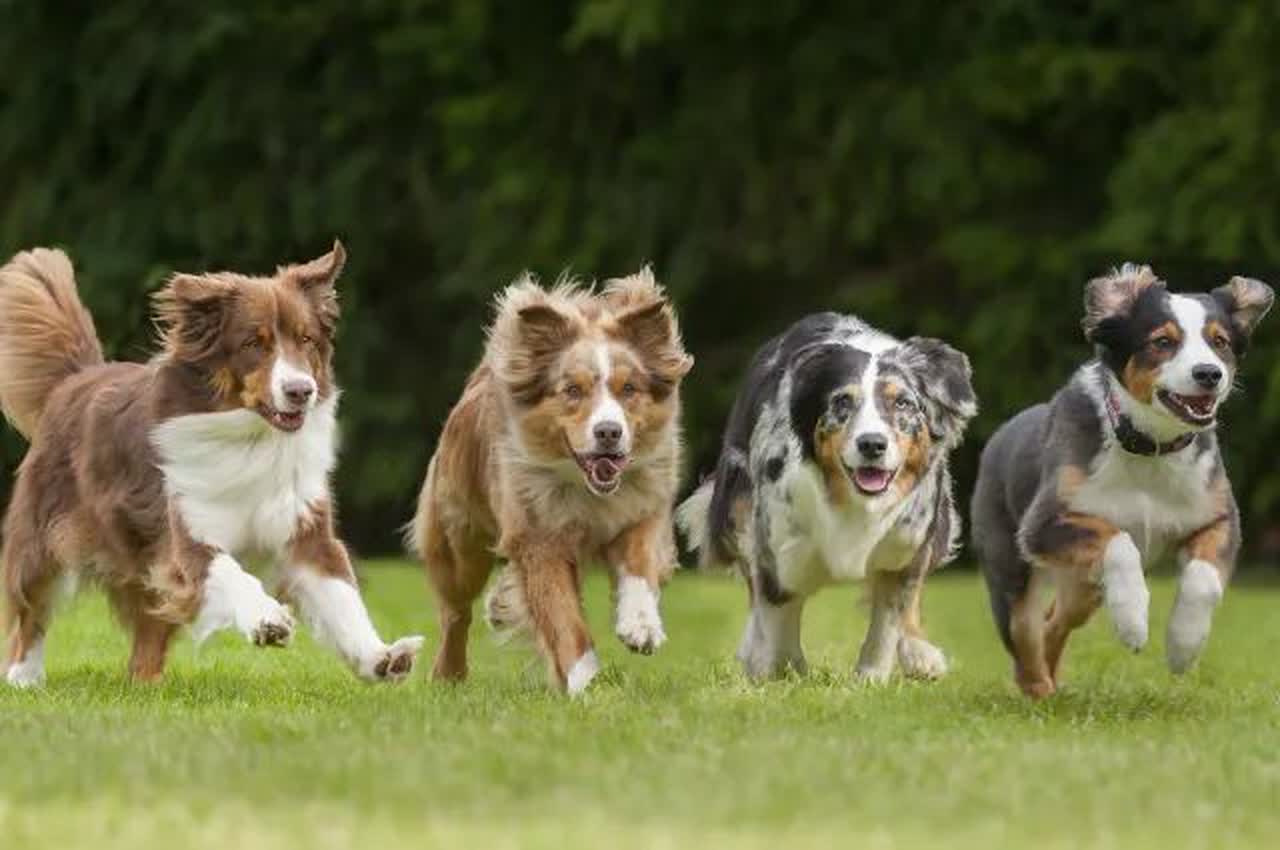 Where to Adopt or Buy a Jack Russell Terrier

If you’re considering adding a JRT to your family, consider opening your home to a rescue. Many of these sweet but spunky dogs find their way into rescues because of misinformed or under-educated dog owners.

If you decide to pick a puppy from a breeder, be sure that you find a reputable breeder with high standards for the health and well-being of their canines. The JRTCA is one source that can help you to identify committed and quality breeders.

Think you have what it takes to make a JRT part of your life? If you do, you’ll be rewarded with a spunky and smart companion for years to come. The Jack Russell Terrier is much-loved for his personality and paws-itively impressive abilities.