The Scottish terrier is an iconic little dog with a personality beyond its 10-inch stature. With a distinctive head and ‘beard,’ these dogs give off a dignified and serious air—and this is often indicative of their general disposition.

The Scottie is a somewhat reserved dog that is always alert and vigilant, as most terriers are. But behind the serious nature is a loyal dog with a heritage of hard work. Originally bred to scout out vermin in the Scottish highlands, these dogs are capable of independent thinking yet desire to be with their pack as much as possible.

Whether you recognize the Scottish terrier from the classic board game Monopoly or as a motif on retro-inspired items, there’s a good chance that you have much more to learn about this dog nicknamed the “Diehard.” The breed has a complex personality and with the right training and attention can blossom into an engaging companion.

Double coat with longer fur on the face, legs, and lower body

Characteristics of the Scottish Terrier

History of the Scottish Terrier

As you might have suspected, the Scottish Terrier hails from Scotland—the Scottish highlands to be specific. Terriers were part of life on the highlands for centuries, and the Isle of Skye was particularly known for their short-haired terriers that served as capable hunters and hardworking farm dogs. As a result, these dogs were collectively referred to as “Skye terriers,” despite the differences in their coat, stature, and disposition.

In the later 1800’s, dog shows gained in popularity and breed enthusiasts found it necessary to further differentiate between breed types for exhibition purposes. As a result, the Skye terriers were eventually separated into distinct breeds—the Scottish terrier, Skye terrier, West Highland white terrier, and Cairn terrier. As a result, a breed standard for the Scottie was established and served as a foundation for early breeding programs.

In 1881, a breed specific club was formed to support the burgeoning breed: the Scottish Terrier Club of England. Within the decade, the Scottie was exported to the United States. In fact, the AKC reported its first registered Scottish terrier in 1885. The early 1900s saw moderate interest in the breed, but the striking Scottie was about to enter its heyday as the war years unfolded and the Great Depression gripped the U.S.

The 1920’s through the 1940’s are often considered the peak of Scottie popularity in the United States. Not only did notable public figures—like President Franklin D. Roosevelt, Bette Davis, Humphrey Bogart—own the striking Scottie, but even Monopoly choose the breed as a key piece its famed board game. Later, President Dwight Eisenhower and Jackie Kennedy Onassis were also counted among the breed’s fanciers. Scotties appeared regularly in the public eye and were prominently figured in advertising campaigns.

Was it the hardworking nature or the fierce loyalty that endeared the Scottish terrier in the hearts of a country facing severe economic pressures or back-to-back World Wars? It’s hard to say, but one thing is certain—the Scottie was ranking as one of the most popular breeds in the United States in the late 1930's and early 1940's.

Since then, the breed has been upstaged by numerous other breeds but today remains one of the most recognizable terriers—with its erect ears, low body, and distinctive beard. It also has managed to earn a venerable place in dog show history; the Scottish terrier has won Best in Show at Westminster Kennel Club a record 9 times (tied with the wirehaired fox terrier).

It’s often said that you are owned by a Scottie, rather than owning one of these small dogs. This might be the most apt way to describe the independent, self-assured nature of this breed. One Scottie owner describes the difference between this breed and others like it by saying that a Scottie makes you work for its affection, rather than offering abundant and unconditional love like many other dogs. It’s true that most Scotties are somewhat aloof by nature, despite being very loyal to their families. They often prefer to lay near your feet rather than be in your lap and its often said that they’re cat-like in their decision to come to you when they’re ready for attention and affection.

But don’t mistake this independent nature for indifference. Scotties love to be around their people—they just don’t need constant interaction in order to feel secure. They are known for having unique and engaging personalities, capable of expressing both their likes and dislikes. Many Scotties bond closely to one person, but plenty of owners find that this breed is loyal to the family and even acts like a self-appointed caretaker for children at times.

Keep in mind, however, that the Scottish terrier tends to have a somewhat serious nature. So while they do well with children that are taught the proper way to treat a dog, they are not necessarily game for rough play.

When it comes to other animals in the home, caution is the name of the game. Scottish terriers that are well-socialized and properly introduced to other dogs may cohabitate successfully. However, they are known for not backing down from a challenge so it’s wise to understand the dynamics of all dogs involved. In addition, these small but tenacious terriers have a strong prey drive. This can be problematic for cats or other small animals in the home.

Training a Scottish terrier involves being fair and firm. These dogs must learn to respect their owners from an early age and they need compelling reason to obey your commands. Many people say that there is no doubt that their Scottie understands a given command, it’s just a matter of convincing them to cooperate. As a result, this breed tends to be very treat-oriented but it’s about finding what motivates your individual dog. Scotties are particularly known for being responsive to the tone of your voice; it’s often said that they know the difference between a positive reaction or a negative response from their owner. Be careful not to use harsh tactics when training these dogs. Breed enthusiasts say that these dogs can become withdrawn or resentful if you treat them unfairly or punish them excessively.

The short-legged Scottie needs regular exercise—just don’t expect him to walk miles upon miles with you. He is satisfied with a daily walk and short bursts of more vigorous activity, like chasing toys in a fenced-in area. Unfortunately, this might involve a little cardio for you too, since Scotties aren’t particularly great at returning the toys they retrieve. These dogs love to run and are surprisingly fast for their size, so they do well with a fenced in yard. Keep in mind their strong prey drive and don’t let them off leash to run and roam. In addition, they’re enthusiastic diggers—more than a few Scottie owners report finding their backyard full of holes and trenches. This compulsion stems from their instinct to dig for small vermin. How much this trait will manifest itself depends on each individual dog’s personality and what outlets for energy are available to him.

If you’re planning on bringing your Scottie to a dog park to burn off some energy, be cautious. While some Scotties are sociable enough to enjoy a romp in communal canine space, this breed is notorious for not backing down when confronted with a challenge. This can lead to unwanted scuffles and even a dangerous situation for your dog. Many Scottie owners skip the dog park altogether, and instead opt for leashed walks and other supervised activities.

One thing that you should know is that the Scottish terrier is not a capable swimmer and can drown easily. The short legs and disproportionate size of their head make them unbalanced and ill-equipped for aquatic activities. Closely watch your Scottie around pools, ponds, lakes, or other bodies of water.

Grooming a Scottie requires some level of commitment. The hair will grow continuously, so you need to invest in a trip to the groomer regularly or learn the skills necessary to care for your Scottie’s coat at home. The double coat consists of a wiry outer coat and a softer under coat. The ideal way to groom a Scottie is to have the coat hand-stripped several times a year. You can learn to do this at home, or find a groomer experienced in this technique—though this can sometimes be a challenge. The other option is to clip the coat (usually every six to eight weeks). The downside is that this allows the under coat to take over and will change the coat’s texture and appearance over time.

In between grooming sessions, you need to regularly brush the coat—at least a few times a week. This helps to keep the beard and ‘skirt’ of fur on the lower body free of mats and debris.

The Scottish terrier is not known for being particularly plagued with health concerns, but like many purebred dogs, it does have some common health problems to be aware of. The National Breed Club recommends that you ask for a DNA test for Von Willebrand’s Disease and a patella evaluation.

It’s important to feed your dog a well-balanced and properly proportioned diet so that he doesn’t become a ‘squatty Scottie.’ The low, stocky build of these dogs means that even a marginal increase in body mass can put strain on the back.

It’s recommended that you feed your Scottie a moderate-protein high-quality dog food, with two meals per day. While they are treat-oriented and will wait for a bribe to be at your beck-and-call, it’s important not to overfeed your dog.

Purebred dog breeds can be categorised into 7 groups 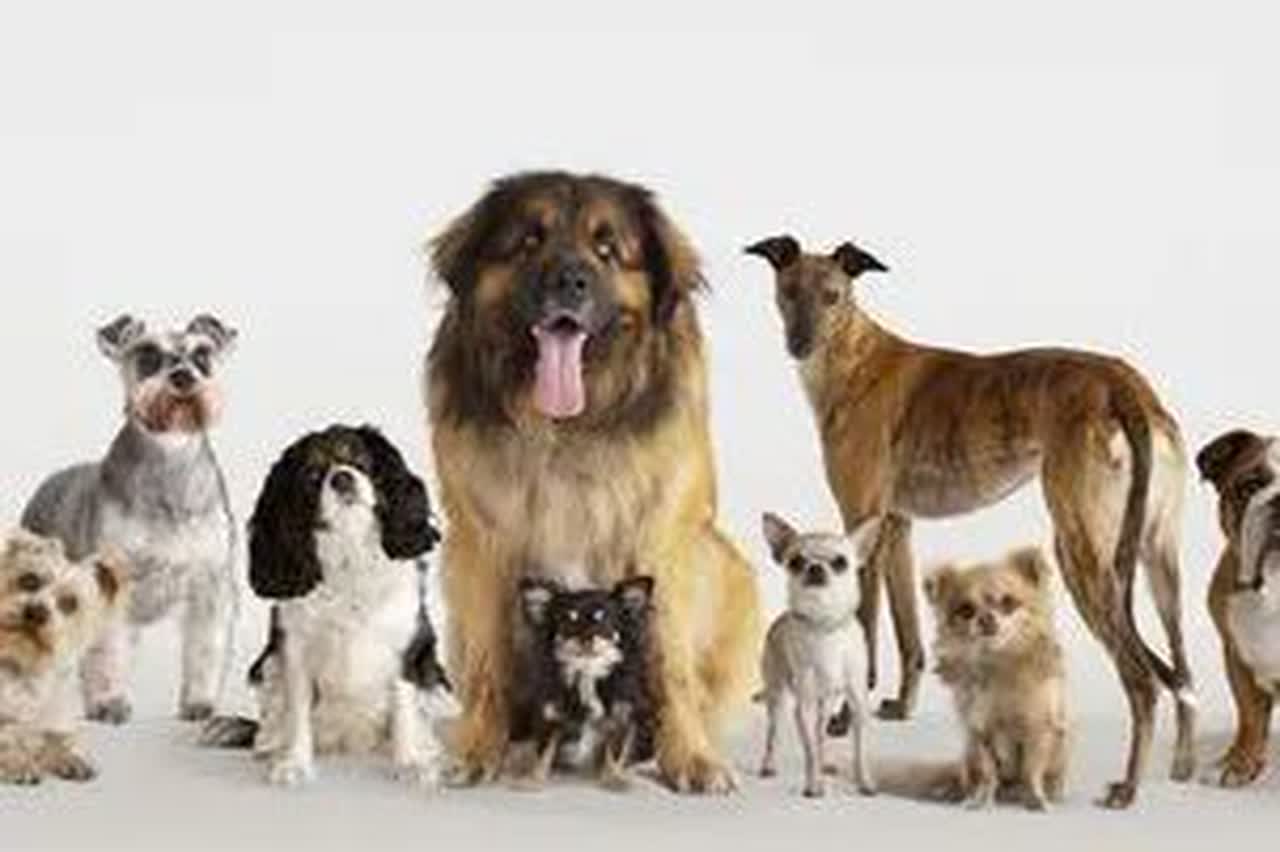 Where to Adopt or Buy a Scottish Terrier

To adopt or buy a Scottish terrier, it’s wise to do some legwork and research. By searching first for rescue groups in your area, you may be able to provide a fresh start for a Scottie. Rescues and shelters often have dogs of all ages that are in need of a new home.

If you want to start molding your Scottie from puppyhood, find a reputable breeder that can provide you health history, personality insights, and other information to help you pick the right puppy for you.

The Scottish terrier is a unique dog breed with a punchy personality. Many dog owners have fallen in love with this breed and would never own any other type. Whether it’s right for you depends on what you’re looking for in a pet. Do your research carefully to determine if the Scottie is the right dog for you.

Check out these similarly spunky terriers: