The popular, affectionate, active and family-friendly Cavalier King Charles Spaniel is one of the largest of the toy breeds. Although only officially recognized by the American Kennel Club in 1995, they have a long, noble and royal lineage.

Long, sleek and silky coat with feathering around ears, feet, chest, and tail. There are four color varieties; Tricolor, Blenheim, Ruby, and Black and Tan.

This companionable breed has long been associated with nobles and royals in Europe, particularly England, from as far back as the 17th century. At this point, they were more widely known as Toy Spaniels, and their appearance could vary somewhat. They were extremely popular with King Charles I and his son King Charles II, and this is where their name derives from. King Charles II was said to be so besotted with the breed that he decreed that they were allowed in any public building, including Parliament.

The Blenheim color variant was named as a result of the passion that the First Duke of Malborough, John Churchill, and his wife had for these dogs. They had many at their home, Blenheim Palace.

Queen Victoria was also a lover of the breed and her Cavalier King Charles Spaniel, Dash, was described as her closest childhood companion.

During Victoria's era, these Spaniels began to be crossed more with flatter faced companion breeds from Asia, such as the Pug and the Japanese Chin. This lead to the development of the English Toy Spaniel (which is confusingly known as the King Charles Spaniel in the UK).

In the 1920s, breed enthusiasts began to work towards revitalizing the look of the spaniels from King Charles II and the Duck of Malboroughs time, and this led to the development of the breed we know today. The American Kennel Club only officially recognized the breed in 1995, but since then, they have continued to grow in popularity, and in 2018 they were ranked as the 18th most popular breed by the AKC.

This breed is known for generally being incredibly affectionate, sociable, happy-go-lucky, and eager to please. They usually thrive in the company of humans and other dogs and, for this reason, they would suit a household where they will not regularly be left alone.

They can make great family pets and are also popular with the elderly, as they are not too demanding or hyperactive. Even the most tolerant of breeds should, however, be left undisturbed when sleeping and eating, and children should be guided on the most appropriate way to interact with dogs.

While they do often enjoy snuggling up for a cuddle on the sofa, it does not mean they are couch potatoes and, although they are classed as a toy breed, they still enjoy and benefit from plenty of exercise.

Cavalier King Charles Spaniels are usually extremely eager to please, and they are very food motivated. This means that they will respond well to positive, force-free training methods and are generally easy to train. They are dogs that do well in competitive sports, such as agility and obedience.

The hunting instincts of a spaniel can occasionally surface in this breed, and so care must be taken to ensure they have a reliable recall and that they are not allowed to chase livestock or small furries.

If you are looking for a breed with a low-maintenance grooming regime, this may not be the dog for you. Their feathered ears and feet need regular maintenance to ensure that they do not get tangled or matted. They will need combing out a few times a week, or some owners choose to have their coats clipped down for ease of maintenance, and to help keep them stay cooler in hot climates. They are a breed that sheds their coat, but not excessively.

Unfortunately, in part due to their rising popularity and resulting unscrupulous breeding practices, the Cavalier King Charles Spaniel is a breed that is associated with several potential inheritable health conditions.

It is crucial that, if you are buying a puppy, you seek out a responsible and accredited breeder that has done the relevant health screens on the parents.

Some of the conditions the breed is associated with are as follows:

The breed is particularly associated with developing Mitral Valve Disease (MVD). This initially presents as a heart murmur, often at a young age, and it will continue to develop until the dog eventually develops heart failure. While medication can sometimes help to manage the condition, there is no cure, and premature death can occur.

This is another serious condition typically associated with the breed. It results in cavities in the spinal cord filling up with fluid near the brain. It is a progressive condition, which can cause extreme discomfort and pain for the dog, and the speed at which it develops can vary greatly. It cannot be cured, but the pain can often be successfully managed. The condition is sometimes also referred to as 'neck scratchers disease' as one of the first symptoms can be that the dog obsessively scratches at their neck.

Including cataracts, dry eye syndrome (as a result of problems with their tear ducts), cherry eye and corneal ulcers.

As with every dog, you should feed your Cavalier King Charles Spaniel a high quality and appropriately portion-controlled diet.

They are a breed that is associated with obesity, so avoid overfeeding them, no matter how much they give you puppy dog eyes.

If they gobble down their food and are always looking for more, why not consider giving them some of their meals from a slow feed bowl or interactive treat toy. 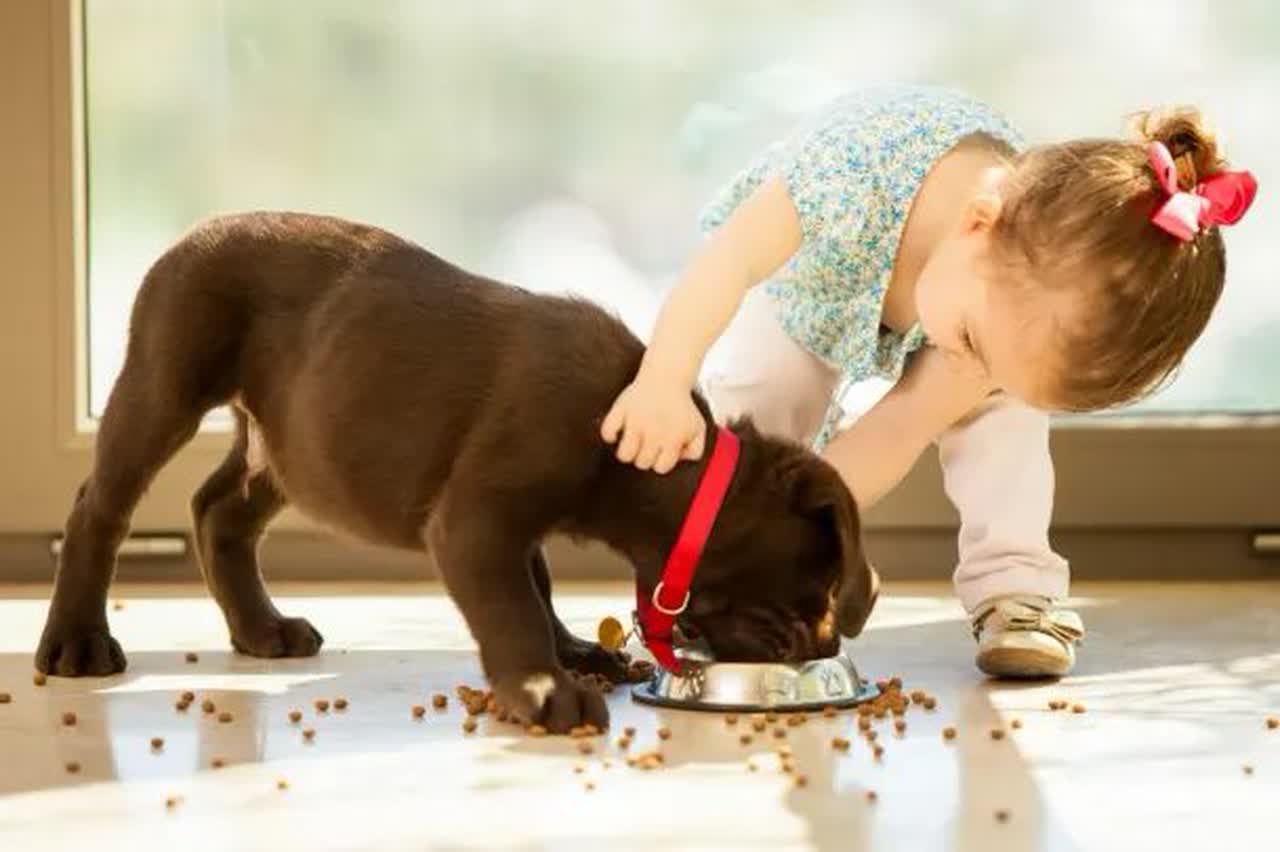 Where to Adopt or Buy a Cavalier King Charles Spaniel

If you are buying a puppy, you should do your research and ensure you are buying from a responsible and reputable breeder that carries out all the appropriate health checks to minimize the chance of a hereditary condition developing in your pup.

The popularity of the breed means that unscrupulous backyard breeders and puppy mills will take advantage of this. The dogs are often kept in horrendous conditions, are not appropriately socialized, and no care is taken to ensure that they are not breeding from unhealthy dogs.

Always make sure that you see mom and puppies together in a nurturing home environment. Your pup should not come home to you until they are at least eight weeks old and fully weaned, and they should have had a vet check, too.

Don't forget that there are lots of wonderful Cavalier King Charles Spaniels in rescue that are equally deserving of a loving forever home.

If you would like to research other similar breeds, check out:

With so many dog breeds out there, with the right research, you will be sure to find one that is a good match for your lifestyle.