Turn heads with the regal and stunning giant schnauzer. This large breed dog has similar traits to the smaller standard and diminutive miniature schnauzer, with an air of authority afforded by its large size. Some giant schnauzers have their ears cropped and tails docked, though this can be a matter of breeder or owner preference.

The giant schnauzer can measure more than two and a half feet at the shoulder and tip the scales at close to 100 pounds. While considered a large breed canine, it should be noted the supersized schnauzer doesn’t belong to the group of 'giant breeds' (including the Newfoundland, great dane, mastiff, and more). Instead, these dogs are considered ‘giant’ when compared to the smaller varieties of schnauzer.

Their personality is best described as confident, and they can border on aloof if improperly socialized. But when well-trained and well-socialized, they’re a loyal family dog and active companion.

Characteristics of the Giant Schnauzer

History of the Giant Schnauzer

The history of the giant schnauzer begins with the development of the standard schnauzer. Originally developed in Germany in the 1800’s, the schnauzer was named for the German word for muzzle—‘schnauze.’ The first breed type was a standard sized canine that excelled in general farm work, like guarding livestock and hunting small rodents.

However, in the late 1800’s, a need for a larger and more powerful working dog was identified. The standard schnauzer exhibited many desirable qualities and was a popular dog in Germany. To add size and stamina to the breed, schnauzers were crossed with large breed dogs like the great dane. The result was a considerably bigger and more powerful canine, known today as the giant schnauzer.

The giant schnauzer became a common sight on farms in the Bavarian Alps, since this breed was capable of guarding and herding livestock. The increased size gave these dogs a considerable advantage against large predators and a more commanding ability to herd cattle and other livestock. Later, these attributes led to this breed’s use for police and military organizations throughout Europe.

In the late 1920’s and early 1930’s, giant schnauzers began to be imported to the United States where enthusiasts worked to develop the breed standard and earn club recognition. The current breed standard was approved by the AKC in 1983 and is in relative harmony with European breed standards, though it should be noted that there are some subtle differences.

In addition to a solid work repertoire, schnauzers have a long history of capturing attention in the show ring—particularly in the United States where the breed is primarily bred for show and companionship. In Europe, the breed is largely still bred for working roles.

The giant schnauzer is a bold and beautiful breed, but it may not be for everyone, particularly novice dog owners. The giant schnauzer was bred to work, so it should come as no surprise that this dog needs a job to do and plenty of training to keep his guarding instincts from becoming a liability. These are powerful dogs with a big heart for their family. Early socialization and ongoing obedience training will assist this breed in becoming a well-adjusted companion.

A large dog like this will require plenty of exercise and a big backyard. The breed is well-suited for running and hiking and such activities will tire both the mind and body. They also do well outdoors, so a fenced area to roam and run will provide another outlet for energy. However, the giant schnauzer is a loyal family dog and shouldn’t be kept outdoors for an extended period.

These dogs are intelligent and alert—which can be seen from their aptitude for police work. They are well-suited for obedience training and excel at this and other canine competitions, including agility and field trials.

Owing to their history of farm and livestock guardians, giant schnauzers can be territorial with other dogs. Socializing them early and often in controlled settings is the best way to teach proper canine interaction. And while they can be successfully kept with other dogs, they’re also a breed that copes well with being the only canine. Giant schnauzers can be very devoted family dogs and good with children, but their large size can be a liability with smaller children so they require close supervision.

With a wiry double coat, these schnauzers need ongoing grooming. Plan to brush your dog weekly and bath him as needed. In addition, a regular visit to the groomer will be necessary to clip or strip the coat and maintain those busy eyebrows and characteristic snout ‘stache.

Careful breeding has helped to ensure the integrity of the breed and minimize health problems of the giant schnauzer, but like all purebred dogs, there are some health conditions to be aware of. The National Breed Club recommends that you buy from breeder that can provide an ophthalmologist evaluation, thyroid evaluation, and hip evaluation.

Other health concerns that sometimes affect giant schnauzers include:

An active breed, the Giant Schnauzer will benefit from two well-balanced meals a day. Balance your dog’s energy output with caloric intake for a healthy dog. Treats may be a useful aid in training, but keep them in moderation to prevent weight gain.

What breed of dog is the most protective 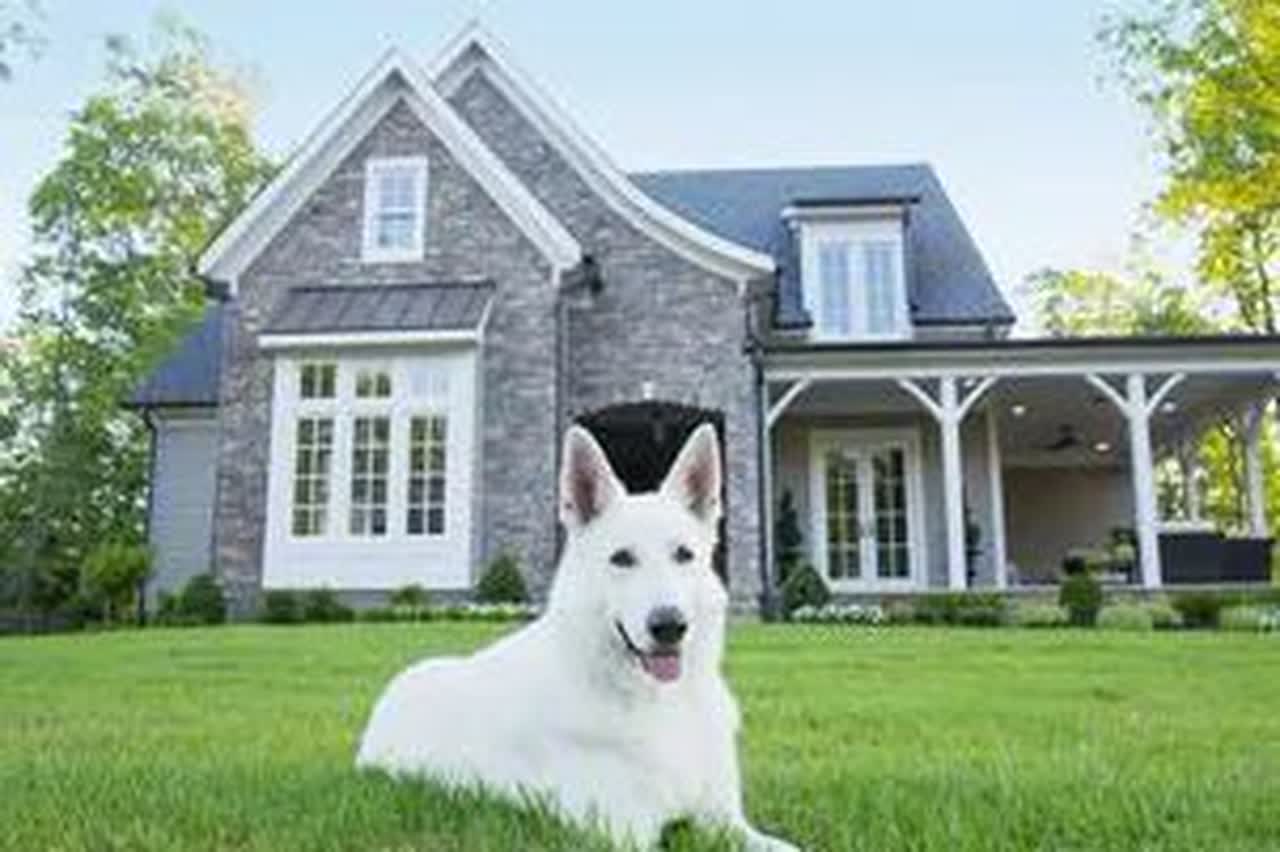 Where to Adopt or Buy a Giant Schnauzer

Finding a giant schnauzer is easier compared to some other purebred dogs. The community of enthusiasts for this breed may not be as large as it is for dogs in the top 10 most popular breeds with the AKC, but the giant schnauzer is 78 out of 193 breeds. The National Breed Club and AKC registry make good resources to find breeders. It’s also a great idea to check with national and regional rescues to find a giant schnauzer that may be in search of a loving home.

Check out these resources to get started:

A big breed like the giant schnauzer requires a big commitment—as does adopting any dog. Make sure you do your research to identify whether this dog fits your lifestyle. Talk with breeders and read up on the breed’s history and use. If you have the time and energy to train and maintain a giant schnauzer, he’ll repay you with a giant amount of love!

Here are other large breed dogs to add your look-up list: