The Portuguese water dog is a medium-sized dog with a soft and fluffy single layer coat that does not shed significantly, making them a preferred breed among those who suffer from allergies. They’re working dogs and are generally friendly, loving, and intelligent. They pick up training and obedience skills quickly and because of this, Portuguese water dogs make great service animals.

Although the breed was first recorded by a monk in the late 13th cenutry, they’ve become particularly well-known in the past decade. This is thanks to former U.S. President Barack Obama and his family, who had two Portuguese Water Dogs—Bo and Sunny—during their time in the White House.

Characteristics of the Portuguese Water Dog

History of the Portuguese Water Dog

Portuguese water dogs became close companions of humans early on, thanks to their predisposition to life on the sea. They worked closely alongside Portuguese fishermen, swimming between boats and helping retrieve lost tackle and herd fish into nets. The “founding sire” of modern Portuguese water dogs was a canine named Leão, who was owned by a wealthy Portuguese businessman named Vasco Bensaude in the 1930s. It’s believed that more than half of all Portuguese water dogs’ lineages can be traced back to Leão.

Porties were popularized in the states in the early 1970s with the creation of the Portuguese Water Dog Club of America, and while they’re still known for their water-loving tendencies, the dogs are revered today mostly for their friendliness as pets and their show-worthy qualities.

Porties are high-energy working dogs that require regular exercise to stave off boredom. In addition to regular walks (and plenty of swims, if possible), Portuguese water dogs thrive in training-based activities such as agility, nosework, dock diving, therapy work, and obedience. Long daily walks, coupled with plenty of play time and brain-boosting activities, are required to keep Portuguese water dogs at their best both mentally and physically.

While the Portuguese Water Dog does not shed, this breed of dog still needs regular—and often extensive—grooming. Porties should be brushed two to three times a week and trimmed once a month to keep their fur from becoming tangled or matted. For Portuguese water dogs that spend a lot of times swimming, comprehensive care should be taken to ensure their skin, coat, and ears are properly cleaned to prevent infection or inflammation from salt or chemicals.

In terms of training, most Portuguese Water Dogs love to learn and adapt quickly to new skills through the use of positive reinforcement. Training Porties is a great way to build up their bond with their humans and can help mitigate behavioral problems caused by boredom. Because they’re such fast learners, Portuguese water dogs make exceptional therapy and service dogs and often excel at competitive canine sports.

Overall, these dogs are friendly and enjoy being close to their owners. They do have an independent streak, but with proper amounts of exercise and training, many Porties are perfectly well-behaved dogs who strive to please. Those who are interested in having their Portuguese water dog trained as a therapy dog should take note of their individual dog’s unique personality traits and work closely with a therapy dog training organization, such as Pet Partners or Therapy Dogs International to ensure the dog is suitable and effectively trained for the role.

Like all purebred dogs, Portuguese water dogs are susceptible to certain types of injuries and illnesses. Common disorders associated with the breed include:

In the case of PRA, juvenile dilated cardiomyopathy, and storage disease, prevention is generally only achieved by identifying carriers of the relevant genes and not breeding those dogs further.

Similar to most dogs, Portuguese water dogs do best on a high-quality, high-protein diet optimized to suit their individual needs. Because of their elevated activity levels, many Porties may need a higher caloric intake than other dogs, though exact caloric needs should be determined based on discussions between owners and their vets. Feed twice a day, instead of leaving food out for grazing, to establish a routine and discourage overeating.

Which dog breed is best for allergy sufferers 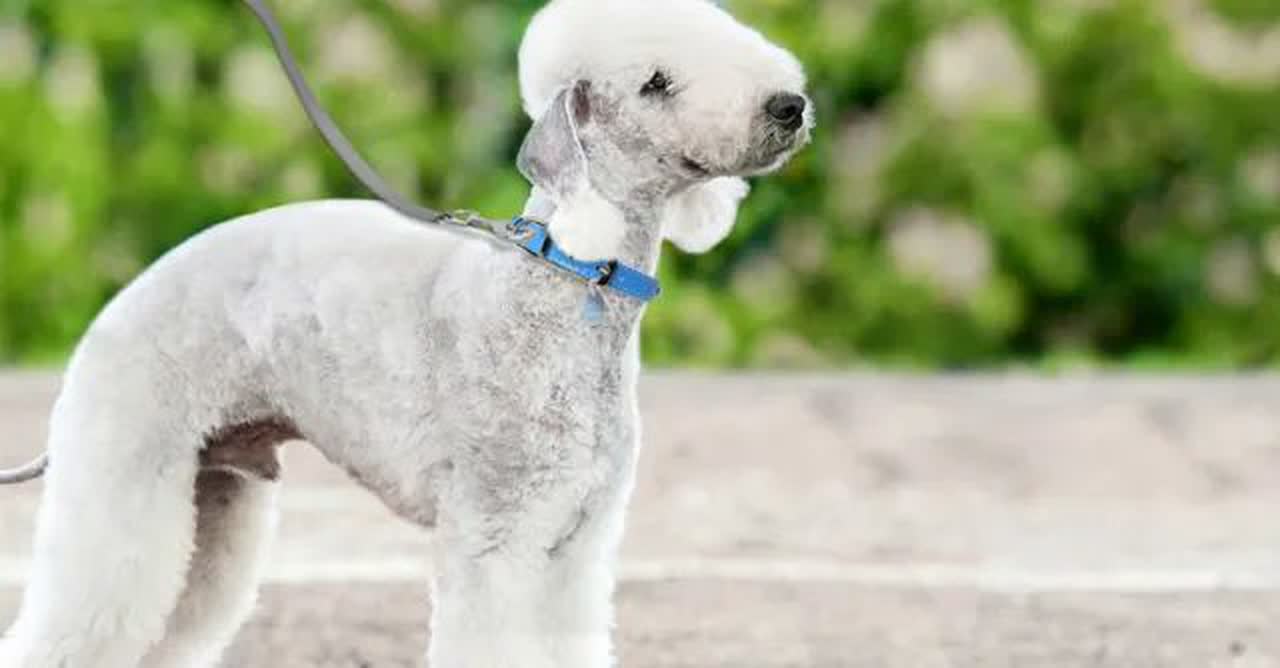 Where to Adopt or Buy a Portuguese Water Dog

To find a Portuguese water dog, check local shelter dogs and rescue groups. The Portuguese Water Dog Club of America also offers a list of approved breeders but is quick to note that they do not supervise or guarantee any specific breeder.

It’s always smart to do your research before deciding on the type of dog that’s right for you and your family. You can find a wealth of additional resources about Portuguese Water Dogs through the Portuguese Water Dog Club of America (PWDCA), as well as through talking to current owners of the breed. The PWDCA also offers Portie rescue and adoption services.