The bushy eyebrows and beard of the standard schnauzer are the breed’s trademark, but it’s the intelligence and sociable nature possessed by these stately canines that makes them such outstanding companions.

Bred to be a hardworking farm dog, the schnauzer approaches life with a focused mentality and is ever alert. At the same time, this breed learns quickly and adapts readily to its owner. The schnauzer needs an outlet for its energy, but when properly exercised and engaged, the breed is neither characteristically hyperactive nor overly lethargic.

With two coat colors, solid black or salt and pepper, the Schnauzer has a relatively uniform look. However, under that wiry coat and bushy brow is a real character—with many owners describing their dog as almost human-like in their antics and expressions.

Black and salt and pepper

Characteristics of the Standard Schnauzer

History of the Standard Schnauzer

The end of the Middle Ages saw the beginning of the bearded Bavarian farm dog—today known as the schnauzer. Originating in Germany sometime during the 15th century, these adaptable and hardworking dogs served as an indispensable part of farm life. Their medium size also made them ideal for taking goods to market. The breed was compact enough to sit in the wagon but wouldn’t hesitate to ward off thieves with a booming bark—and a bite if the intruder didn’t get the hint.

Back at home, schnauzers were tasked with hunting vermin and other small prey, guarding against intruders, and assisting in herding activities. As a result, these dogs developed a watchful attitude, a keen prey drive, and a steady disposition. Today, they retain the drive of a dog bred to work but also relish their role as a family companion.

Interestingly, the schnauzer was originally known as the wire-haired pinscher and considered to be the same breed as the dog we today know as a German pinscher. In the early 1900’s, the wire-haired pinscher established its own identity as a distinct breed and left the pinscher name behind. The name ‘Schnauzer’ is taken from the German word for muzzle or snout—and with such a distinctive wiry beard, it’s not hard to see why this became the defining feature and moniker for the breed.

Around this time, breed enthusiasts introduced grey keeshonds and black poodles to solidify the coat colors carried in the genes of schnauzers today: salt and pepper, and black. As the schnauzer staked its own place in the dog breed world, fanciers began breeding miniature and giant versions, although the medium size of the standard schnauzer is often described by people as just right for any activity.

The reliability of the schnauzer breed has been put to use in police work, bomb detection, and search and rescue work. During World War I and World War II, schnauzers assisted the troops and also worked with the Red Cross.

As early as 1904, the AKC recognized the schnauzer but the breed remained relatively rare in the United States. After World War I, schnauzers were imported to the United States with greater frequency than in the decades preceding the war. In 1925, a breed club was created to represent the interests of the breed and serve as a protector and ambassador. It was known as the Schnauzer Club of America, which later divided into the Standard Schnauzer Club of America and a separate organization for miniature schnauzers—the American Miniature Schnauzer Club.

The standard schnauzer is a versatile companion but not a dog that should be left to fend for himself. These dogs are very smart and sociable, so they crave interaction with their human companions. Plenty of exercise, frequent training sessions, and opportunities for play will tire both the mind and body of the schnauzer.

Keep in mind that mental engagement is a critical part of the training and care for a standard schnauzer. As a working dog, the schnauzer thrives when it has a task to do. Unlike many high-energy sporting breeds, it’s not just a matter of giving your schnauzer a good physical work out. These dogs also need to find fulfillment in using their intelligence and work ethic. If this is overlooked, they will find their own work to be done—which can include destructive behaviors or becoming too territorial over people and property.

However, schnauzers raised by responsible dog owners are known for having a well-rounded and reliable personality. They have an innate alertness and will be quick to sound the alarm over perceived intruders, but they are not generally known to be excessive barkers (especially when compared to the miniature schnauzer). They may regard newcomers with wariness, but will be put at ease when they see these guests warmly welcomed by the pack leader.

Schnauzers make a great family dog. They tend to be very patient and protective with children, though it is important that children are taught how to properly interact with dogs from an early age. Some schnauzers are less than tolerant to bad handling from children, such as ear or tail pulling. So be sure that you supervise interaction between your schnauzer and kids, especially if the children are young or unfamiliar to your dog.

A standard schnauzer will benefit from at least one long walk each day, plus several shorter outings and play sessions. Some schnauzer owners report that their dogs have excellent recall and never stray far off leash but use caution in deciding whether to let your schnauzer roam free. The safest course is to only let your dog off leash in a fenced area.

Schnauzers make great jogging partners, will be up for a hike, and also enjoy canine competitions—like agility, rally, and obedience. Training for such events also gives the schnauzer an opportunity to fulfill his need to work with you and for you. At the same time, lots of schnauzer owners love that their dogs are always happy to curl up on the couch and spend time relaxing with their owners.

Balance is the important thing when training a schnauzer. If you include the right ratio of exercise, training, and mental stimulation, these dogs blossom into wonderful companions. Just be sure that you maintain your position as the pack leader, since the intelligence of this breed can quickly lead to dominance or stubborn tendencies.

The schnauzer’s characteristic double coat requires some TLC to keep it looking great. Regular brushing of the fur is important to keep mats from forming and to keep the eyebrows, beard, and leg feathering free of debris. Many schnauzer owners lament how drippy and dirty the beard of a schnauzer can become from eating and drinking. Be sure to regularly wipe your schnauzer’s beard to help reduce odors and discoloration.

Schnauzers are non-shedding and are sometimes better tolerated by allergy-sufferers. However, since the hair grows continuously, regular grooming is required to keep the coat in check. There are two ways to approach grooming schnauzer: hand stripping or clipping.

It may take some searching to find a groomer that can hand strip your schnauzer. However, purists of the breed recommend this over the more common clipper method of grooming. Using clippers on a schnauzer’s coat gradually reduces the wiry top layer of fur and reduces the coat’s resistance to water and debris, along with changing the color and appearance. Hand stripping might be more expensive or difficult to find, but it should be noted that doing so leads to slower hair re-growth. You can expect up to 5 or 6 months in between hand stripping sessions—versus the 6 to 8 weeks in between clipping session.

The standard schnauzer has a few potential health concerns to be aware of, but in general this is a healthy breed that isn’t plagued with problems. These dogs can live up to be 13 to 16 years old (or more), which is a considerable life span for a medium-sized breed.

One thing that has improved the health of the breed has been screening for dilated cardiomyopathy (a type of heart disease), hip dysplasia, and eye problems among breeding stock. A commitment to identifying problems and preventing future generations from inheriting certain health conditions has assisted in making the breed healthier.

However, health problems occasionally faced by standard schnauzers include:

Like any dog, schnauzers do best when fed a balanced diet of high-quality dog food. This breed has a tendency to become overweight, so care should be taken not to overfeed or give too many treats. Obesity has the potential to cause diabetes, back and joint problems, and more adverse health consequences.

How To Choose A Medium Sized Dog Breed 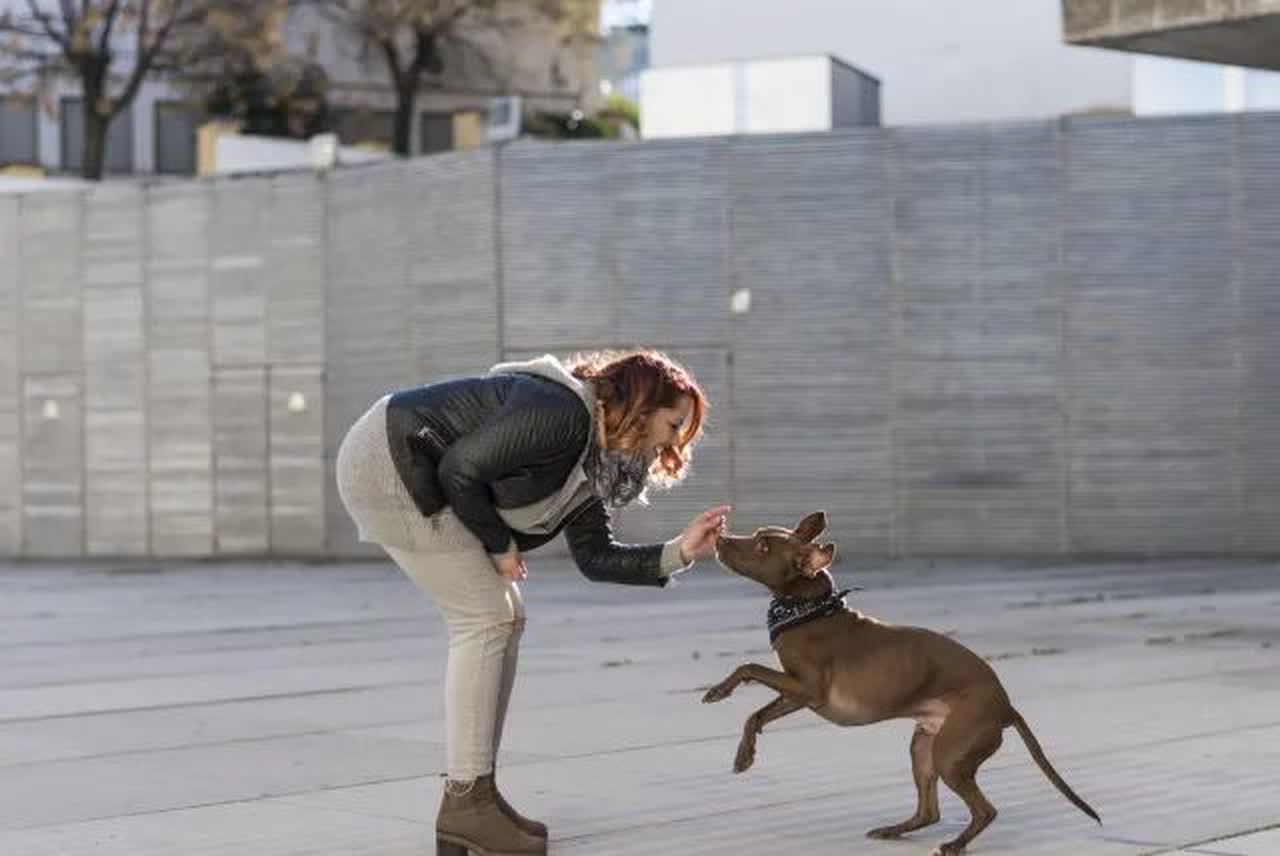 Where to Adopt or Buy a Standard Schnauzer

If you’re looking for a standard schnauzer, be sure to check with any shelters or rescue groups in your area. Regional and national rescue organizations have also been set up to help displaced schnauzers find a fresh start. Adopting a schnauzer can be a great start to years of happy dog ownership.

For a standard schnauzer breeder, your search may be slightly more limited than if you were looking for the smaller miniature schnauzer. However, there are still plenty of standard breeders that are committed to the slightly larger size of this breed type. You should carefully research any breeder that you’re interested in and realize that you may have to join a waiting list for the perfect pup.

The standard schnauzer is a warm and affectionate breed with plenty of energy and intelligence for any task. However, it’s not a passive pet that you can just leave to its own devices. Be sure that you understand the nature and needs of a schnauzer before you bring one home.

Also read up on these similar dog breeds: