Saying one dog year equals seven human years is a very simplified way of comparing the age of a dog to that of a human. This outdated but popular calculation has been around since the mid-20th century. But unfortunately, converting dog years to human years isn't that simple. This seven-human-years-to-one-year-of-age calculation is good, however, at helping people understand that dogs age at a much more rapid rate than humans do. By understanding roughly how old a dog is compared to a human, dog owners can provide the best care possible to their dogs.

Different sizes of dogs age at different rates, and the rate of aging increases if a dog is bigger and older. Small breed dogs, such as Chihuahuas, typically age more slowly while giant breed dogs, such as Great Danes, will age more quickly when compared to dogs of other sizes. This basically means that the larger your dog is when it is full-grown, the quicker its body ages. Larger-breed dogs usually do not live as long as smaller-to-medium-sized dogs, but there are always exceptions.

Puppies From Birth to Six Months

The development of a dog of any size during the first six months of life is similar. Eyes and ears will open, baby teeth will erupt, and your dog will be weaned off of its mother to eat solid puppy food. Growth plates on bones will still be open which means your dog is still growing during this time of its life.

Dogs reach their full-grown, adult height at different times--usually sometime between 10 months and 18 months of age with smaller individuals reaching the milestone sooner than bigger individuals. Growth plates on bones will close, baby teeth will fall out and adult teeth will erupt, coat changes may occur, and your puppy will become an adult dog. Puppy food is usually transitioned to adult food once your dog has completed growing.

The first year of a dog's life is equivalent to between 14 and 18 years for a person, so big changes occur. By age two, most dogs can be considered to be in their mid-twenties in human years.

Dogs are in their prime for these few years. Energy levels may have plateaued when compared to a puppy but injuries are more common during this prime age since they are typically more active than a senior dog. Most dogs are fairly healthy during these years, but giant-sized dogs may start acting more like a senior and have some health issues as they approach five to six years of age.

Senior dogs require more regular health monitoring when compared to younger dogs so that any signs of disease can be caught early. Check-ups with your veterinarian may be recommended every six months instead of annually due to how quickly dogs age. 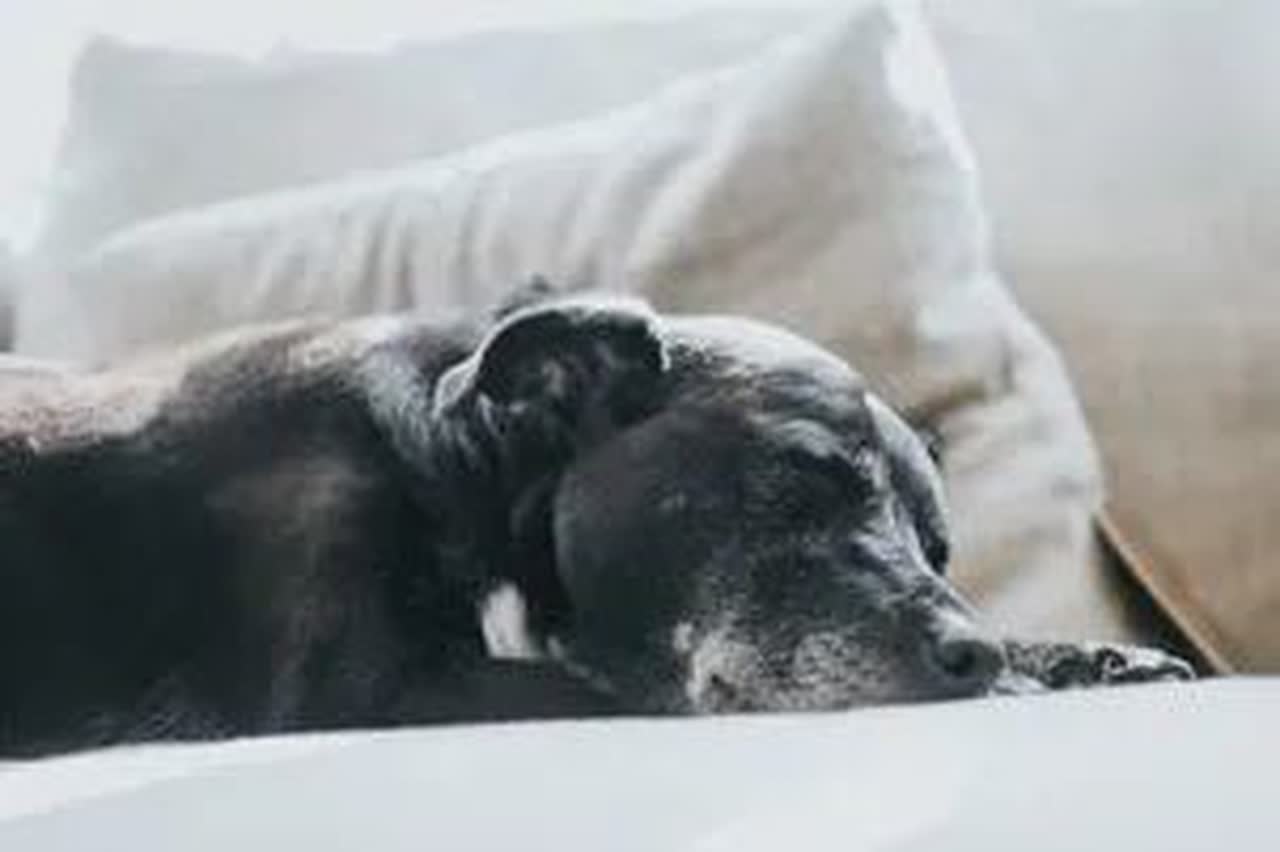 Once a dog reaches double digits, it may be classified as geriatric, but smaller dogs may not reach this classification until they reach 14 years of age since they tend to live longer than larger breeds. It is not as common to have a giant-sized dog live into the double digits as it is a small dog.

Geriatric dogs of any size are prone to developing many different age-related conditions. Just like in people, difficulty walking and jumping can be the result of arthritis and different organs may not work well and require medical support. At a minimum, check-ups with your veterinarian should be done every six months, but more often may be preferable.